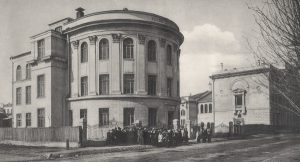 The history of the university dates back to the beginning of the 20th century to the present day and reflects the most complex processes of its development and growth in Russian society.The history of the university begins in 1906. At this time, a medical school was created at the Moscow Higher Women’s Courses, since after an urgent need for healthcare specialists arose in the country, thus new opportunities appeared for women who would like to receive higher education.

In 1906, on September 26, was the first lecture and in the spring of 1912 was first graduation. The first medical course in the history of the university became very popular, this is evidenced by the fact that 206 people studied on the course and in subsequent years, 1907-1908, 285 students applied to study on the medical course. The competition for the position was very large, up to 8.5 people, and by the beginning of 1917, 1,060 students were studied on the medical course.

Because of the revolutionary events in 1917, a new wave took place in the history of higher education, as well as the Moscow Higher Women’s Courses, and therefore in 1918 it was decided to reorganize the courses at the Second Moscow State University into an educational institution with mixed education. Thus, during the reorganization of the Soviet high school, in the very difficult conditions of the civil war, there was a large shortage of medical personnel in the country, a lack of specialized teaching aids, laboratory preparations and university classrooms, which did not have electricity, heating, ink, paper, etc. Many medical students were subjected to military mobilization and helped in the treatment of the wounded, as well as fought with various epidemics and the consequences of famine and devastation throughout the country.

ORGANIZATION OF THE FACULTY
OF CONTINUING
MEDICAL EDUCATION

At that time, there were very difficult years for the university, but despite this, the founders of one of the largest scientific schools, which stood at the origins of women’s courses, still continued to teach at the medical faculty. In 1920, the first and second city hospitals and the Morozov Children’s Hospital became available at the medical faculty of the second Moscow State University for practical and clinical training. After the end of the Civil War, at last most of the students working in hospitals were able to return to the university to continue their studies. Also, to combat typhus, typhoid, cholera and malaria, students were able to take part in organizing various events. Thus, students helped in vaccination, conducted educational work among the population and surveys, and even participated in sanitary and epidemiological activities. To avoid mass deaths from infections, many different preventive measures were implemented in a short time with the help of young doctors in the country.

More and more new disciplines were introduced and various studies were carried out at the Second Moscow State University, which actively contributed to the development of its medical faculty. The university released 2.5 million teachers, about 6 million doctors and about a thousand chemists from 1918 to 1930. As a result, in 1930, the number of departments and clinics of the second MMI reached 43.

Known as the second Moscow State University, as a result, in 1930, it was decided to converted three independent high schools, including the second Moscow State Medical School. Because of that, the first Faculty of Pediatrics in the world was created on the basis of the university. It took several years to develop and prepare training programs for pediatricians and to form the academic departments of the faculty. That contributed to the improvement in the health status of women and children and a decrease in infant and maternal mortality in the country by the beginning of 1940. Thus, the first faculty of pediatrics at our university served as a model for the opening of similar faculties in other universities around the world.

Our students and teachers also took a great part in defending the Motherland in the army during the Great Patriotic War. In 1941, many students, teachers, graduate students and residents was sent to the front, voluntarily joining the people’s militia, ski battalions, evacuation hospital and sanitary departments. All other students, teachers, doctoral students and interns continued to work on the construction of the fortifications. The evacuated children were provided with special medical care by special forces, and blood donation was also very widespread. But the school continued to work during the war, at the same time preparing future doctors for the front and back.

The last period for the development of the university was space exploration and the active development of science. Thus, the central research laboratory of the country began to work at the Faculty of Medicine in 1954, a new Faculty of Biomedicine was opened at the university to train specialists in the field of biochemistry, biophysics and medical cybernetics in 1963, and now graduates of this faculty are working very successfully in leading scientific and medical research centers of Russia and as well as many other countries of the world. 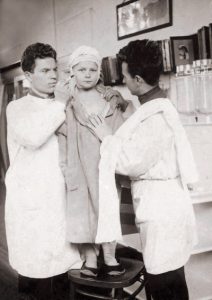 In 1959, the admission of foreign students to the Second Moscow State Medical Faculty was opened.

One of the best surgeons and anatomists N.I. Pirogov was decided to assign a name to the second Moscow State Medical Faculty in 1957 by the Presidium of the Supreme Soviet of the RSFSR. And in 1966, it was decided to award our university with the Order of Lenin, which at that time was considered the highest Soviet prize.

The following years for the university were associated with a very active development of professional growth. At the Pirogov University, it was decided to open a course for improving the qualifications of teachers in 1968 and also founded the faculty of medical education. Today, the Faculty of Medical Education consists of 34 departments based on four academic departments of the university. The faculty can offer students a variety of courses for specialists in 50 training areas.

Finally, by 1991, the second Moscow State Medical Faculty, it was decided to transformed into the Russian State Medical University of Pirogov. Many new faculties were opened, as well as the latest educational programs were developed – Dentistry, Pharmacy, Clinical Psychology and Social Work. New directions incredibly quickly gained popularity and became competitive in the Russian educational services market.

Significant news for the university in 2010 was the receipt of the prestigious status of National Research University.

As more and more foreign students began to enter the university over the years, many educational programs were adapted so that students could understand and study in English more easily and better, and it was also influenced by the fact that the university began to work on dual courses with European universities since 2013. 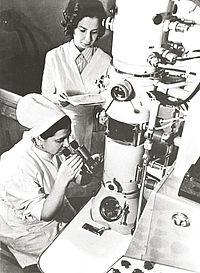 To train bedside students, the university also collaborated with city hospitals from the very beginning. Now representatives of academic departments cooperate with a large number of Moscow hospitals, the number reaches 120 hospitals. And we are just as proud that three of the largest clinical and research centers are located within the university.

Thanks to the opening of a master’s programs at the university in 2019, we managed to enter the list of one of the most prestigious international rankings THE and QS.

Throughout history, the university occupied a leading position in the national system of medical education. The difference between our university and other institutions is in connection with the needs of biomedical science and practical medicine.

The university has graduated about 80,000 doctors for the entire period of its existence, our graduate students continue their professional activities all over the world, as well as in Russia. With the contributions of many generations of teachers, professors, students, researchers, administrative and management personnel, the university has many achievements. Our university has a great goal to continue in the future to carry honor and glory with dignity through generations, continuing to strengthen the good old traditions of the university.

GATTING THE STATUS
OF A STATE UNIVERSITY

GATTING THE STATUS
OF A NATIONAL RESEARCH
UNIVERSITY

ENTERING INTO
INTERNATIONAL
RATINGS “THE” AND “QS”